Jesus of Nazareth Part 1 : From the Baptism in the Jordan to the Transfiguration 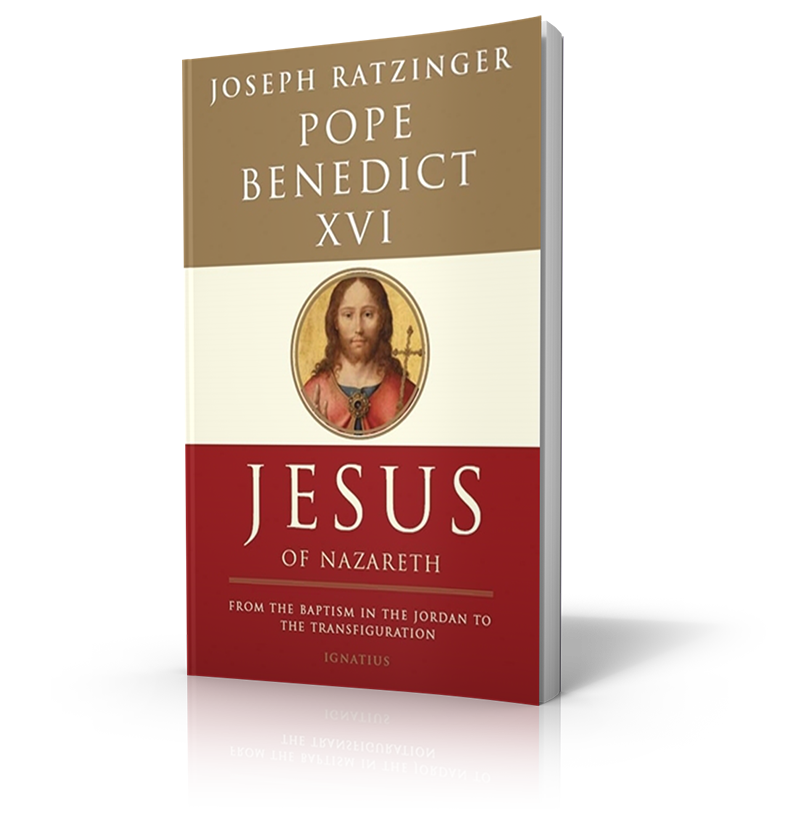 In this bold, momentous work, Joseph Ratzinger—in his first book written after he became Pope—seeks to salvage the person of Jesus from recent “popular” depictions and to restore Jesus’ true identity as discovered in the Gospels.

Through his brilliance as a theologian and his personal conviction as a believer, the Pope shares a rich, compelling, flesh-and-blood portrait of Jesus and invites us to encounter, face-to-face, the central figure of the Christian faith.


From Jesus of Nazareth:
“The great question that will be with us throughout this entire book: What did Jesus actually bring, if not world peace, universal prosperity, and a better world? What has he brought? The answer is very simple: God. He has brought God! He has brought the God who formerly unveiled his countenance gradually first to Abraham, then to Moses and the Prophets, and then in the Wisdom Literature—the God who revealed his face only in Israel, even though he was also honored among the pagans in various shadowy guises. It is this God, the God of Abraham, Isaac, and Jacob, the true God, whom he has brought to the peoples of the earth.”

The Study Guide is also available!


Praise for Jesus of Nazareth


“Joseph Ratzinger was a world-class theologian long before he became the Roman Curia’s official defender of Catholic doctrine, and then the pope. In Jesus of Nazareth, Ratzinger reveals the core of his personality as he invites his readers into the classroom of a master teacher-one who has absorbed the best that modern biblical scholarship has to offer and has yet emerged from that encounter with his faith intact and enriched.”
– George Weigel, Author, Witness to Hope